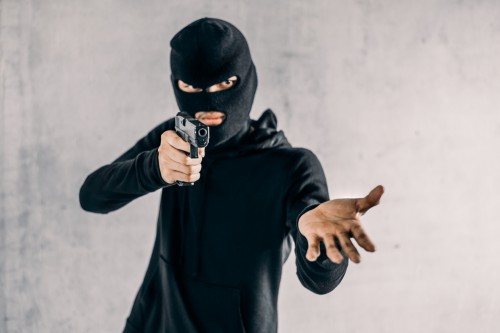 A 26-year-old woman was robbed and raped at knife point near Paradise Primary School in Kwekwe, Midlands province.

A source close to the incident said the 26-year-old woman boarded a Honda Fit car that was heading to Chiwundura shortly after 6pm on Sunday.

The Honda Fit had two occupants – a driver and a man who was sitting on the passenger seat.

The source said while they were on the way the woman requested to disembark from the car but the driver refused to stop the car.

“The woman got suspicious of their behaviour and asked to be dropped off while they were three kilometres from Kwekwe business centre heading to Chiwundura. Instead of stopping the driver increased speed,” said the source.

The other man in the car took a knife from his bag and pointed it at the lady while demanding money.

“The woman surrendered US$60 to him,” said a source.

The driver pulled a shocker as he demanded to have sex with her. He parked the car just after Paradise Primary School. He warned her not to scream.

“The other guy threatened to stab the woman if she screamed and refused to have sex with his partner in crime. The woman gave in and the driver raped her once while the other guy was watching,” said a source close to investigations.

After the ordeal the driver warned her not to tell anyone about the rape incident. He drove back to Kwekwe business centre and dumped her there. The woman reported the matter to the police.

Efforts to get a comment from Midlands police spokesperson Inspector Emmanuel Mahoko were fruitless. BMetro