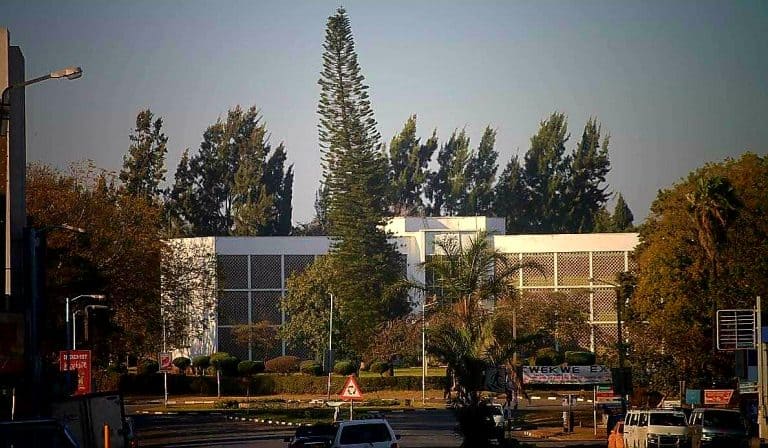 THERE is a public outcry over the drastic increase in Kwekwe City Council tariffs with residents threatening to stop remitting funds to the local authority. Most of the residents, business community and the political leadership are disgruntled with the “shocking” bills which came into effect in January this year.

The 2022 Kwekwe city budget was pegged at ZWL$7.5 billion. “The rates and water bills have gone through the roof, we cannot afford these bills and it is affecting us as small business operators. “As it is, we are already struggling to survive in business, most small businesses are being affected by this increment,” said Meg Weineck, who sells mining consumables in Kwekwe. The rates increment has added some salt to an open wounds of residents who have already been complaining of poor service delivery. In some areas such as Mbizo 15, 7, Chicago residents they spend days and sometimes weeks without tap water. “The bill is outrageous considering the fact that we spent some days without water and now council sends a bill of ZWL$9 200,” said a resident who denied to be named.

Aspiring ZANU PF candidate for Mbizo constituency Vongaiishe Mupereri slammed MDC-T councilors for failure to represent the people by advocating for affordable bills that every resident is able to pay. “This comes as a lesson to our residents that they know who to vote for, MDC councilors have failed to represent the interests of the residents by allowing such outrageous increase of bills. However, there is an opportunity for the residents to solve this problem on the 26th of March by-elections, residents should vote for people who have their interests at heart not MDC councilors who have failed them in totality,” said Mupereri. Former legislator for Mbizo constituency and CCC candidate, Settlement Chikwinya expressed his concern over the hike in tariffs. Chikwinya also took part in the poorly attended budget consultative meetings in his capacity as a resident and a community leader. He however, made it clear that the bills are not reflective of the residents’ views. “The local authority attempted to consult residents during the consultative meetings I was in the consultations but people did not turn out to give their views to the local authority so the local authority did not do enough to excite the residents to come out and give their views. “At some centres, we would find seven people, 100 people or less in a ward where we have an average of 4000 to 5000 people, so the representation of views that went to council is not reflective of the majority views of all the wards. “However, with all the views that went to council, I challenge the Town Clerk and the mayor to produce minutes of what happened at each and every centre they purported to have consulted. “The residents were clear and unequivocal that the budget must be a standstill budget with regards to the United States Dollar (USD).

“The 2017 circular by the Ministry of Local Government advised that you must have a standstill budget and only adjust with regards to inflation as it affects the USD,” he said. As a way forward, Chikwinya advised residents to petition council so that the matter can be resolved. “The only option of the residents legally is to petition council objecting the increment, the Minister through the local government board has the responsibility of bringing in his board to come and have interviews and have a fact finding mission to the residents so they should come on the ground to avoid being given doctored minutes so a fact finding mission will bring the board on the ground. “The residents must then organize themselves to make presentations before the board, the residents are simply incapacitated to pay the bill. My bill is ZW$12 000 which converts to US$120. I am incapacitated, I will not pay the bill and the statement that I am making resonates with each and every resident,” said Chikwinya.