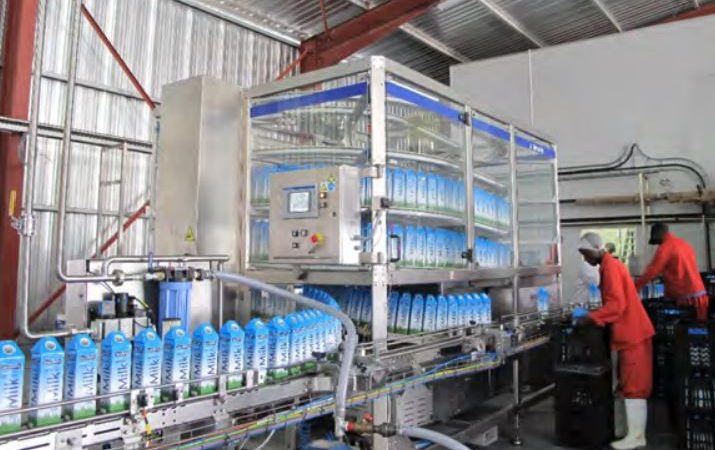 In an exclusive interview with businessdigest, Mandiwanza said the Zimbabwe Stock Exchange (ZSE)-listed milk processor has not considered the collapse a setback.

Instead, the hunt for opportunities with capacity to unlock shareholder value would continue.

Mandiwanza spoke as sources revealed that the talks collapsed over corporate governance issues.

“We are a living organisation that continues to look for opportunities for growth,” Mandiwanza told businessdigest during the CEO Africa Roundtable annual conference in Victoria Falls recently.

“The opportunities for growth could either be organic growth or inorganic growth. It cannot be an event. It is an ongoing process.”

DZL first published a cautionary statement in June last year, announcing the start of discussions that were expected to end with the creation of a massive milk processing asset reaching out to the rest Africa from its base in Zimbabwe.

The tie up was seen as a potential catalyst to scale up raw milk production, while boosting foreign currency earnings for the combined asset.

Soon, it turned out to be one of the longest talks towards a merger announced recently, dragging on for about one year.

But in August DZL, which is compelled by its listing conditions to give market updates, announced that talks had collapsed.

“Shareholders are referred to the cautionary announcement first published on July 1, 2020 and are advised that the conclusion of the discussions indicates that it is in the interest of both parties to discontinue the process and remain as separate entities.”

Mandiwanza said the company’s plans for next year would be dependent on the economic environment.

“The plans for 2022 are predicated on the broader economic outlook,” he said.

The broader economic outlook of the country revolves around monetary and fiscal policies, which have an impact on investments and consumption of our produce.

“To that extent I think we need to address issues of foreign currency availability so that we are able to procure raw and packaging materials and also be able to retool and recapitalise our businesses.

“We need to focus on exports and to be able to do that we have to produce competitively in the context of the Sadc market,” Mandiwanza added.

He said Zimbabwe had a challenge because the country uses dual currencies.

“If you are using the US dollar as your costing currency for your business, you have a problem of loss of competitiveness in the region and as a result of that you create a dumping ground for imports into the country,” Mandiwanza said.

‘These are some of the issues we have to continue to focus on as we develop our plans for the near future.”