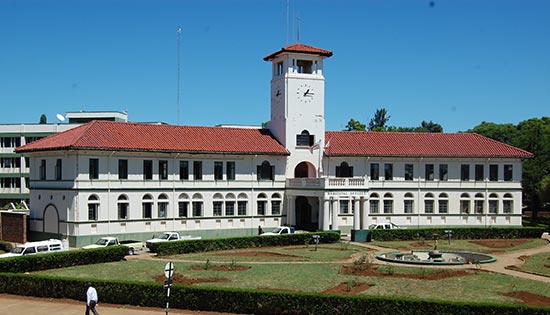 GWERU mayor Josiah Makombe has revealed that the local authority is reviewing its by-laws to accommodate informal traders.

Makombe said the review would formalise the operations of the informal traders, who are always in running battles with municipal police for operating illegally.

“We are reviewing by-laws so that they are in line with the current times and accommodate informal traders,” Makombe said at a Vendors Initiative for Social and Economic Transformation (Viset)-organised commemorations for International Vendors Day held in Mkoba.

“Some of these laws are outdated and were crafted during the colonial period and no longer speak to the reality on the ground.

“There is need for adjustment so that we co-exist (council and informal traders) and I promise you that these running battles between vendors and council should end.”

“In our strategic plan, we have said there is a need to put structures that accommodate informal traders, not only in the central business district, but also in residential areas,” he said.

The council boss also revealed that the local authority would put refrigerated warehouses at the renovated Kombayi Vegetable Market so that perishables brought by farmers are preserved.

Makombe also pledged to make use of his strategic position as head of the Urban Councils Association of Zimbabwe to roll out similar reforms throughout all urban councils in the country.

Viset director Samuel Wadzai Mangoma commended the council for the gesture, which he said would ensure growth of a vibrant informal sector that contributes to the national economy.

“There is a need for good by-laws that support the growth of informal traders,” he said.

Co-organisers of the event and Gweru Residents and Ratepayers Association director Cornelia Selipiwe called for “unity of purpose among vendors” so that they “speak with one voice” in pushing for their interests.